How to create Wheel view in a flutter, How we can achieve to display items in like wheel design.

Flutter provided a widget called ListWheelScrollView, which will use to display items in Wheel with animation. 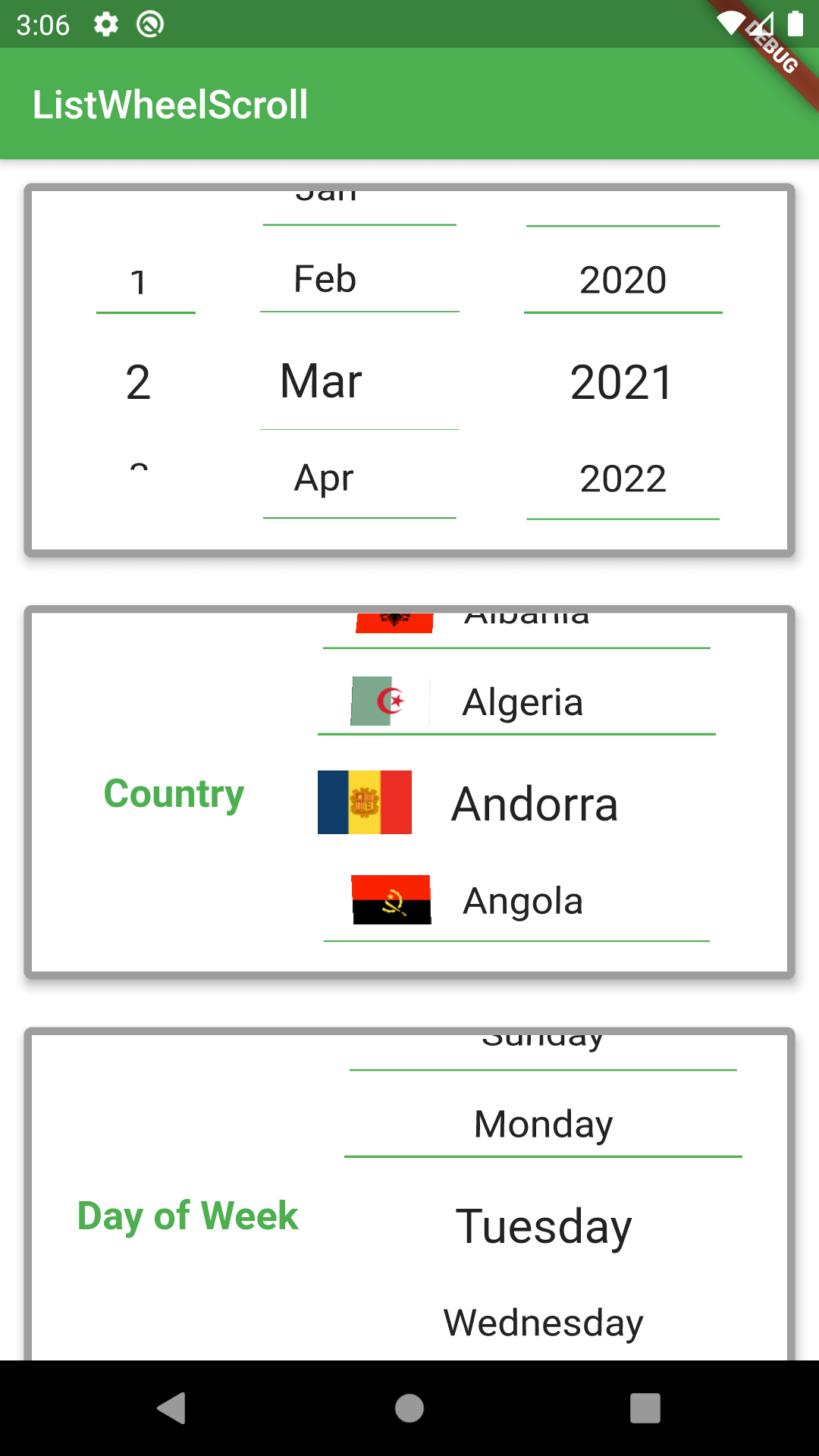 children: The child items which we are going to display

itemExtent : size of each child item

We have another way to create a ListWheelScrollView by using .useDelegate() named constructor. Instead of passing children, you need to pass a ListWheelChildDelegate to build the children

We can have magnifier for the center item by setting useMagnifier property to true. To set the zoom-in rate, use magnification property which defaults to 1.0. If the value is greater than 1.0, it will look bigger. Setting the value to be lower than 1.0 makes the magnified item looks smaller

The diameter of the cylinder can be set using diameterRatio property value. The default value is 2.

Complete code for above screenshot