Flutter - How can draw route on google map between two locations?

Hello, guys today we are going to learn how to draw a route path between two locations on Google Maps.

If you don't know how to load GoogleMap read my 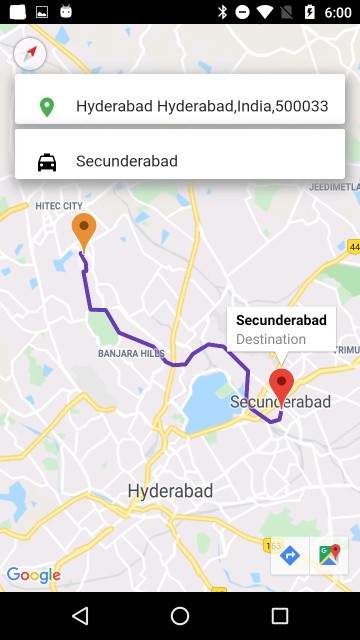 To achieve this we need to add the below dependencies to pubspec.yaml file

GoogleMaps:
Load the Google Maps on to the screen

Provider:
To manage the State

GeoLocator:
To Fetch the Address from the Position

Google Webservices:
To Fetch the Route

Step 2: Design the UI with Text Fields and Maps

This will handle the Entire app changes and update the state based on values.
I have updated the AppState class like below

Step 3: Write Logic to Fetch the Address and get Ploy Lines between Locations

Run App, The Current location will be shown in Source Text Field, then enter Destination address in Destination Text Field and hit keyboard go button, it will fetch the Route path and display the Route between two markers.