In this Image Picker Example, we are going to use ImagePicker dependency to access the camera/gallery. You can read also How to Capture Video from camera in flutter

How to capture Image from Camera?

To get from Camera we need to pass the ImageSource.camera parameter to this getImage(). 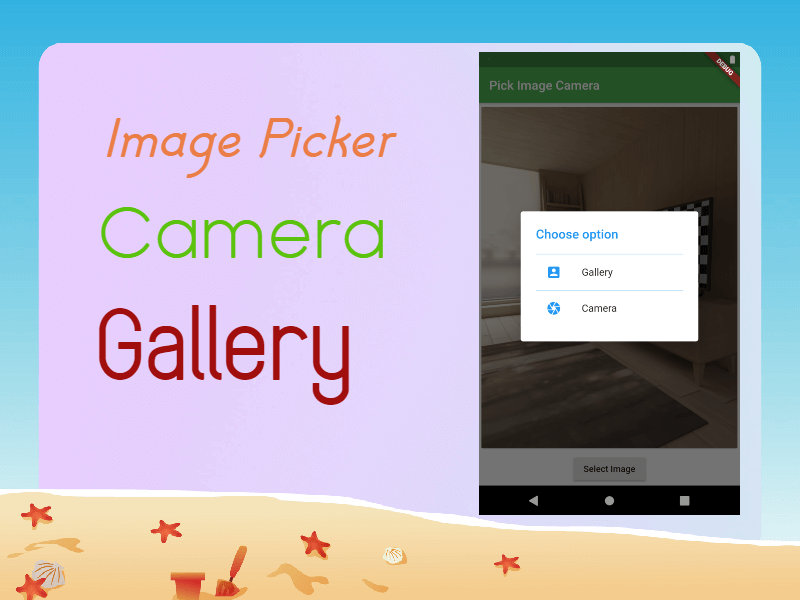 we don't know how much time will it take to capture the image from the camera, so we are written this method inside the future method.

similarly to pick an image from the gallery we need to pass ImageSource.gallery as a parameter.

In this example, we are showing the Camera and Gallery options in the Dialog when tapping on Button.

Show Dialog In a flutter

How to close Dialog in flutter?

To close the dialog in flutter we will use Navigator to dismiss the dialog.

Example  for Pick Image in Flutter

Conclusion: In this flutter example tutorial we covered how to pick image from gallery and display it on screen

How to create gradient in flutter example

How to create Glass morphisma effect in flutter