LiveData Overview
LiveData is an observable data packaging class. Unlike ordinary observers, LiveData has life cycle awareness, which means that it follows the life cycle of other application components (Activity, Fragment, Service, etc.). This ensures that LiveData is only updated. Observers of components that are active in the life cycle

We can register an observer in an object that implements the LifecycleOwner interface. This association allows the observer to be automatically removed when its related Lifecycle object is in the DESTROYED state, especially activities and fragments. They can safely observe LiveData without worrying about memory. Leakage-activities and fragments will immediately cancel the data observation subscription when the life cycle is destroyed

LiveData advantages
Ensure UI and data status are synchronized
LiveData follows the observer pattern. When the life cycle state changes, LiveData notifies the Observer object. You can merge code to update the UI in these Observer objects. Every time the application data changes, your observer can update the UI every time it changes, instead of updating the UI

Won't crash because the activity stopped
If the observer's life cycle is inactive, such as in the case of activity in the backend stack, it will not receive any LiveData events

No longer need to manually handle life cycle
The UI component only observes related data, and does not stop or resume observation. LiveData automatically manages all of this because it is aware of related life cycle state changes when observing

Use LiveData
The general steps for using LiveData are as follows, we follow these steps to write a simple example:

1. Create a LiveData instance of any type, this step is usually done in the ViewModel

2. Create an Observer objects and override its onChanged()method, which will be called back and returns the latest data when LiveData data changes, this step is usually done in the UI controller

3, using the observer()method associated Observer and LiveData, observer()method of holding LifecycleOwner objects, this subscription will LiveData notify Observer variation in the data, this step is usually done in the UI controller

Update activity class with below code

Check the Data on configura changes, example on rotation of the device the data fetch from ViewModle instance not create new instance of every rotation.

ViewModel instance will only destroy once the parent activity of viewmodel completly destroy. 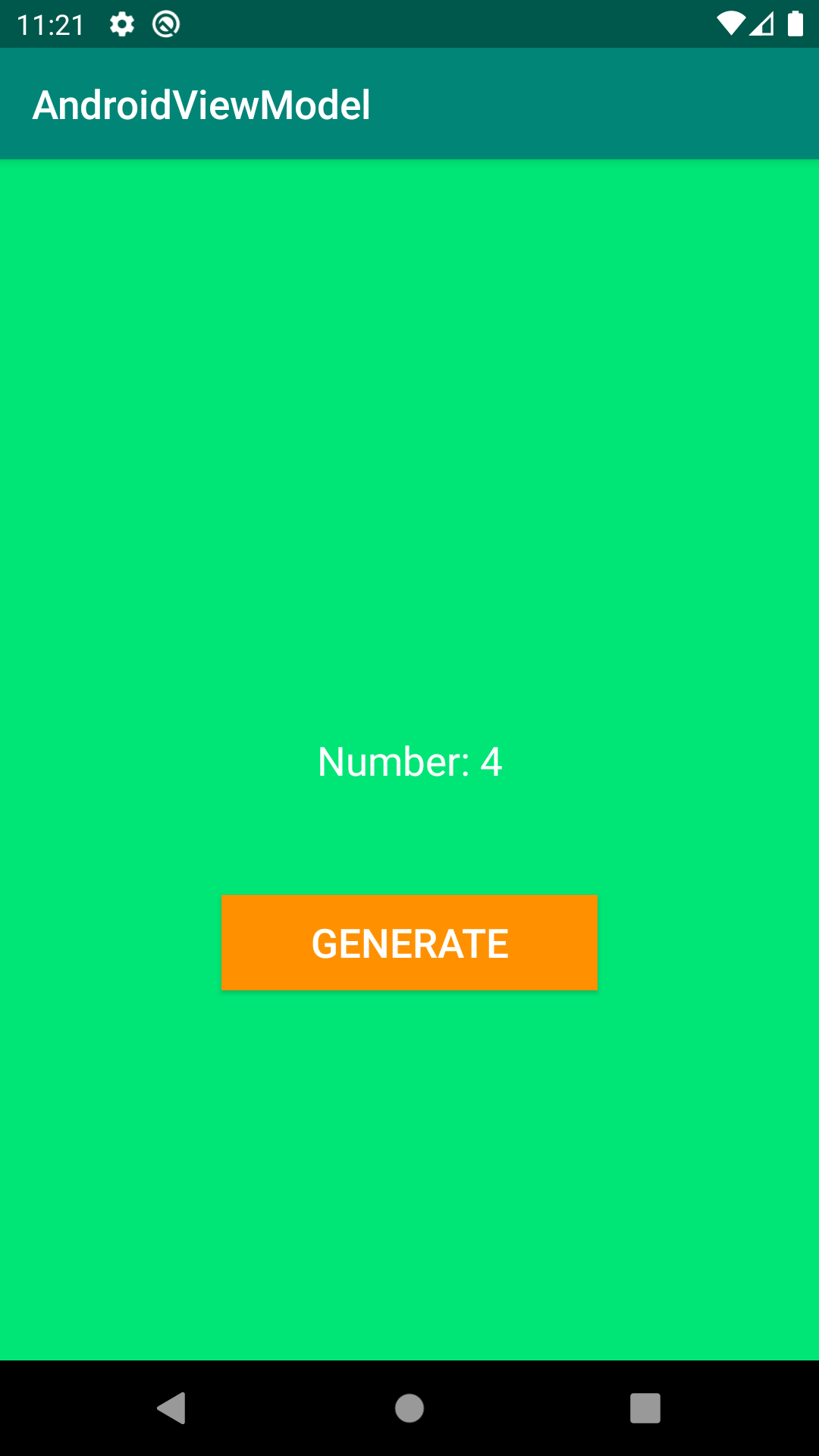